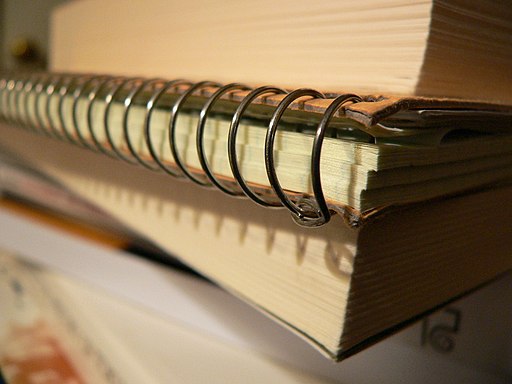 Interviews are commonly used across a variety of disciplines – from anthropology to political science, from linguistics to economics.Sometimes, they are the only way to gain important information and, even when they are used alongside other research methods, can give researchers unique insights

However, despite the added value they can bring, conducting interviews is often a more or less a self-taught skill. While there are a few text books, these often remain general, sometimes leaving researchers with more questions than they started with. Courses offered by UCL cover interviewing more directly, but nothing quite prepares research students for using this method in the field.

Given the region’s history, people in Eastern Europe can also be suspicious of (foreign) researchers inquiring about their daily lives or political views. Structures like parties or civil society organisations are sometimes not yet well established enough or sufficiently attuned to help researchers find and contact potential interviewees. And even if you get an interview, the fact that even top politicians and experts often do not speak foreign languages makes interviewing more complicated (although admittedly, this can also be an issue in Western democracies).

A key tool for preparing interviews and developing interview skills, we felt, was for PhD students working on Eastern Europe to share concrete experiences and problems. Is there an effective way to convince a busy, high-profile politician to give you an interview? What do you do to find young radical right activists and how can you safely approach them? What do you do when your interviewees give only very short answers? And when should you record your interviews?

Working with fellow UCL PhD candidate, James Dawson – having between us previously conducted interviews with politicians, activists, experts and young people in Bulgaria, Estonia, Hungary, Poland, Slovakia and Serbia, we convened a special event as a part of the SSEES’s PhD social science research seminar series to bring research students together in this way. Those attending the event were researching issues ranging from foreign policy to minority representation and women’s rights in Russia and several Central East European countries

In discussion, we agreed that there are four stages to carrying out effective research interviews:

1) Preparing for interviews: Researchers need to make sure that they have an in-depth knowledge of the country, group or organisation where they will be conducting interviews –from important historic dates to local customs – and that they have chosen the right interview method. Questionnaires, focus groups or long, in-depth conversations all have different pros and cons.

2) Identifying and accessing respondents: Researchers must identify the people or groups they want to interview and think of ways to contact them. If you want to interview former government members or politicians, a list of people can be drawn up relatively easily from official publications or websites and these people can often be contacted directly through their offices or parties. But with less prominent respondents or members of the public, it is best to go through organisations and individuals, who might be able to help find suitable interviewees and arrange interviews.

3) Extracting information and building trust: Interview questions should be easy to understand and open-ended, but respondents must feel comfortable with the interview situation and it is the researcher’s responsibility to make sure that they do. Researchers also need to be aware of the different dynamics between interviewers and interviewees – some interviewees might be intimidated by the researcher and unwilling to disclose information. In other situations the researcher might equally intimidated by a high-profile politician or official who might in turn try to steer the interview in a different direction.

4) Recording and analysing data: The way researchers record their data differs greatly. While voice recorders are intimidating for some interviewees, they also offer the most accurate record (but need transcribing). Handwritten notes eliminate the need to transcribe but might lack details During the event, we found that anecdotes had become a key method of explaining potential pitfalls, problems or accidental successes that could be encountered when interviewing. While stories of treating a group of little old Serbian women to tea and cookies elicited laughter they also showed how setting up a comfortable environment can produce more honest responses. The use of yellow pages and phone books to find similar last names of former top politicians, could sometimes lead to unexpected conversations with someone’s wife on the phone, but showed how contacting hard-to-reach high profile individuals was not impossible, but sometimes required creativity and persistence.

There were also some lively debates about ethics and the varying research contexts found across the region. Protecting respondents’ anonymity was discussed in some detail: interviewing in in the more authoritarian contexts of Russia and some other post-Soviet states can differ dramatically from carrying out interviews in Central and Eastern Europe. But even CEE can pose challenges. Participant observation at a summer camp in the countryside run by Hungary’s far right party Jobbik required a careful balancing of access to a high guarded group with safety risks.

Erin focuses in her research on young political activists in Hungary while Philipp’s research is primarily concerned with the use of presidential powers in Central and Eastern Europe about which he writes an academic blog.

They are currently planning a workshop on interviewing for research students from UCL, the University of London and universities in the CEELBAS consortium for language-based area studies.